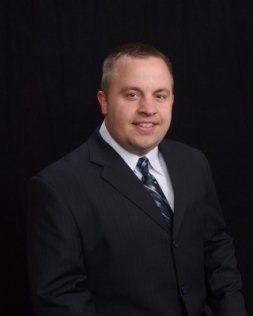 Sean formerly spent over eight years with the U.S. Department of State as a Diplomatic Security Service (DSS) Officer after graduating with a Mechanical Engineering degree from Oklahoma State University. He received advanced training in the techniques and methodologies of counter intelligence and anti-terrorism. With DSS, he led teams of similarly trained people while carrying out his responsibilities in foreign countries and worked on interagency teams with intelligence community and military personnel. His responsibilities included designing, installing, and maintaining state-of-the-art security solutions to protect national security information, U.S Embassies and other sensitive U.S. facilities, and diplomatic personnel, including U.S. Presidents and Secretaries of State.

Sean was routinely tasked to conduct vulnerability assessments in various facilities around the world including U.S. Embassies, U.S. Consulates, schools, manufacturing facilities, and many others. Once vulnerabilities were identified, he provided comprehensive assessment reports that recommended mitigation strategies and formally presented the recommendations to the organization’s leadership. He gained international recognition for his ability to clearly explain the vulnerabilities and resolutions regardless if he was speaking with U.S. ambassadors, military generals, intelligence chiefs, or local corporate leaders. He routinely designed comprehensive security plans for organizations with numerous facilities and integrated the site-specific strategies into a collective security solution.

With Sean’s understanding of the various strengths and weaknesses of a multitude of physical and technical security systems, OSS provides a field-tested expertise that customers can rely on when it comes to securing their environment. His expertise is shared with his staff to ensure OSS maintains a competitive advantage in the marketplace and continues to provide the industry’s elite solutions.